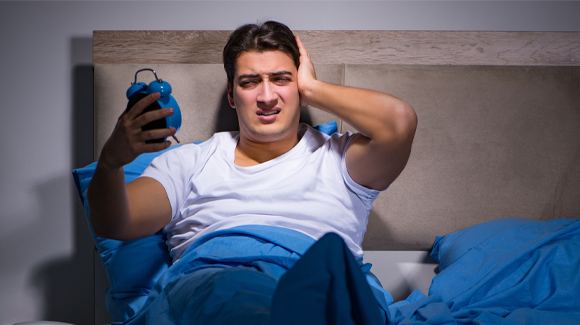 If you’re a bit older, you may remember Lamb Chop and her song that JUST.WOUND’T.END! Or if Tik Tok is more your style then maybe it’s Sarah Cochran’s rendition of Mika’s song, Grace Kelly and his brown, blue, and violet sky. Regardless of where you picked up your Stuck Song Syndrome, don’t go running to Web MD for help; you may just have a harmless earworm. Earworms, also known as Involuntary Musical Imagery (the technical term), or sticky music, cognitive itch, or stuck worms, are fragments of music that get stuck on mental replay and can especially plague you when trying to get to sleep. “Why is this happening now?” you may be asking when all you want to do is get some shuteye. In a study conducted by Baylor University associates, Michael Scullin, Chenlu Gao, and Paul Fillmore found that you’re more likely to catch an earworm at night, listening to instrumental versions of songs. As the brain continues to process the song, Earworms are a way for your brain to complete an incomplete song by adding the lyrics or causing you to hum or tap out the melody.

According to research by Kelly Jakubowski from Durham University and others, there are four main triggers for earworms. Emotions, for instance, are one. When a song elicits a strong emotion like sadness, you are more likely to get that song stuck in your head. Memories, such as a particular place or action associated with a song. For example, if you’re jamming out to Bon Jovi’s ‘Livin’ On A Prayer’ while brushing your teeth, the next time you brush your teeth you might just hum out a little Jovi or tap your foot to the rhythm. Also, you are more likely to get a song stuck in your head when you have just heard it, such as at a concert or on the radio on the ride home. And finally...at low cognitive load! People are more likely to get earworms when their minds aren't occupied doing anything else, like when you’re lying in bed trying to sleep.

One article on Psychologytoday.com plays devil's advocate, citing one research study illustrating that earworms can significantly affect a person’s ability to get to sleep, stay asleep, or get restful sleep. They also cite another study that shows that earworms and music while sleeping can distract from negative thoughts and rumination (racing or repetitive thoughts). Regardless of where on what side of the fence you sit on, earworms being good or bad, many studies recommend that the best way to shoo away those pesky worms is to listen to the song to completion.

One Dreampad customer had this to say about earworms,“Whenever it is silent I hear either parts of a song, an annoying jingle or garbled repetitive noise. I would often lay in bed for an hour or two trying to get to sleep. The Dreampad is a miracle. I downloaded an app called BWStudio, which provides soothing music, drowning out the ear worms. I think I fell asleep within minutes. I’m definitely hooked on the Dreampad. I had tried ear buds but they didn’t stay in my ears. Now through this Bluetooth pillow I am finally getting a good night’s sleep and the pillow is very comfortable. Thanks Dreampad!”

Dreampad has long talked about and cited research with respect to the power of music and its positive impacts on getting a quality night's sleep. We even wrote a blog about it here. If restful sleep is what you’re after, as we all should be, earworms or not, discover Dreampad products and our unique patented technology delivering sounds in a whole new way and creating a perfect sleep sensory experience. One thing the research illustrates over and over is the necessity and importance of our ability to settle down, relax, fall and stay asleep through the night. So whether you have trouble with earworms, PTSD, Autism, ADHD, or general difficulty in sleeping, Dreampad can help!