The Daylight Saving Time Debate and How it Impacts Your Sleep 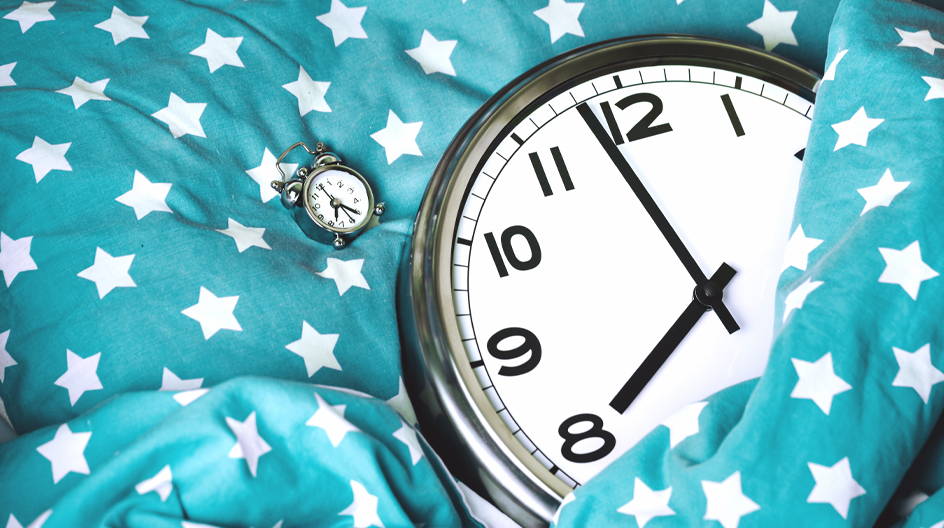 You may have missed this amongst all the news of war and inflation, but the U.S. Senate recently voted unanimously in favor of making Daylight Saving Time (DST) permanent. As a reminder, DST is the time setting that runs from Spring through Fall, with sunset coming later in the evening (clocks forward). (Standard Time is the setting that runs from Fall through Spring.) The debate and vote were largely centered on the belief that Americans hate changing their clocks every six months – which is true, according to most polls – and that there is no real advantage to the bi-annual change of the clocks.

There does not seem to be a lot of opposition, either in Congress or among the population, to moving to a single time system. The scientific and medical communities also agree that having two systems is disruptive and serves no real purpose. However, choosing the right time system has mostly been left out of the conversation, even though it is probably the most important part of the debate.

The choice of a permanent time setting is not trivial, according to most scientists and sleep experts. Scientists overwhelmingly argue that moving to a permanent DST setting could have potentially serious impacts on the nation’s sleep, and therefore overall health.

Why do we currently observe Daylight Saving Time? The practice of setting clocks forward by one hour for half the year was introduced in 1918 with the intention of saving energy during World War I, but was abolished a year later. It was reintroduced during World War II on a year-round basis, from 1942 until 1945. From 1945 to 1966, there was no federal standard, and different states and even localities observed different practices. This created confusion and disrupted commerce and the coordination of transportation across state lines. To eliminate the confusion, Congress adopted the Uniform Time Act of 1966, which created the current system of DST in the Spring through Fall, and Standard Time in the winter months. The Act allowed states to make their own choices, however, and two states, Arizona and Hawaii, chose not to implement DST and are on permanent standard time.

To make things more confusing, other countries have their own policies and systems. Most of Europe observes DST, though clocks do not change at the same time as in the United States. Many countries, like Japan, India and China, do not observe DST. Likewise, most tropical and equatorial countries do not, as the amount of daylight is relatively uniform throughout the year and therefore there is no perceived advantage in making any change.

None of the history appears to answer the question of why we maintain both time systems, and, more importantly, why DST is implemented at all. Advocates of DST have generally dropped the argument that energy is saved. The main arguments in favor of DST, at least in the U.S., are commercial: more light in the evening will give people more time to spend money. There are also arguments that more daylight in the evenings will result in fewer robberies and fewer auto accidents. Of these, only the argument regarding road safety appears to have any data supporting it.

There is little, if any, evidence that DST is good for the population’s health and well-being (with the possible exception of reduced auto accidents). On the other hand, there is some evidence that shifting to Standard Time may have some negative psychological (as opposed to biological) effects. A Danish study in 2017 found that the transition in Fall to Standard Time was associated with an 11 percent increase in depressive episodes, which took about 10 weeks to dissipate. There was not a similar effect in the time change to DST in the Spring. The researchers in this study concluded that it was not necessarily the time shift that resulted in the apparent increase in depressive episodes; rather, they concluded that the increase may have been related to the psychological distress associated with the sudden advancement of sunset in the afternoon, which is also a marker for the onset of winter (which, especially in Scandinavia, can be a brutal period).

In 2020, the American Academy of Sleep Scientists published an article in the Journal of Clinical Sleep Medicine arguing that there are two fundamental problems with our current time-setting system: 1) the bi-annual change is disruptive and throws off our biological clocks twice a year; and 2) the Daylight Saving Time setting is by nature negative to our sleep and overall health because it is misaligned with the sun and our biological clocks. Therefore, the best solution would be to do away with DST altogether and go back to Standard Time – the system we used prior to 1918.

One can argue that Standard Time itself is somewhat arbitrary. Adopted in the late 19th Century in America, it was developed mainly to synchronize train schedules across geographic areas. Prior to having actual clocks, humans set their schedules and activities almost entirely around the sun. The activities of hunting, gathering, and other work were performed during daylight hours, for obvious reasons. Nighttime was reserved for rest and sleep. When mechanical clocks were invented in the 14th Century, it did not change the way society organized itself or the times that people went to bed or woke up. This was still largely based on the sun, and our biological clocks were in sync with our activities.

Ostensibly, none of the technological or societal developments around clocks and time-setting were done with the biological clock in mind. However, the Standard Time setting and the organization of society was still the closest we had to the historical alignment of our bodies with the sun.

With the arbitrary advancement of our clocks, even by one hour, we risk permanent disruption in the circadian rhythm that our bodies have evolved over millions of years. Circadian misalignment has been associated in some studies with increased cardiovascular disease risk, diabetes, obesity and cancer.

DST results in more darkness in the morning hours, and more light in the evening hours. Both have a similar effect on the circadian phase, causing the endogenous rhythm to shift to later in the day. Permanent DST could result in permanent phase delay, which could lead to perpetual discrepancy between the innate biological clock and the extrinsic environmental clock. It could also lead to chronic sleep loss due to early morning social and work demands that truncate the opportunity to sleep. A 2019 study concluded that an extra hour of daylight in the evening could reduce average sleep duration by 19 minutes.

Scientists and medical experts, including sleep professionals, have overwhelmingly denounced the proposed measure in the Senate as one which could have a serious negative effect on sleep and overall health for the nation. In addition to the American Academy of Sleep Scientists, the adoption of a year-round Standard Time has been endorsed by the European Sleep Research Society and the Society for Research on Biological Rhythms.

Most people, including those in the scientific community, agree that seasonal time changes are disruptive, annoying, and probably unnecessary. They are a vestige of decisions made on incomplete or erroneous decisions (namely, that DST would save energy). But if we are going to choose a setting for our clocks that, to a large degree, will govern our schedules and how we organize our lives, we should choose one that is more closely aligned to our biological clocks.

In addition to health reasons for setting our clocks to Standard Time, there are lifestyle arguments as well. For one, during winter, children would be literally in the dark for several hours while getting up and getting ready for school. Many parents oppose the measure based solely on these considerations.

As we’ve seen from the history of time setting over the past hundred years, Congress can change its mind. Also, it’s important to note that the Senate vote was hurried, without the full Senate present. With no objections, the bill was allowed to move forward. Apparently, a number of Senators did not even know about the bill, although the House of Representatives appears poised to engage in actual debate about the merits of the proposal.

It would be better to get it right, for our sleep and health, the next time we make a decision about the nation’s clocks. Now is the time to get in touch with your representatives.

For a Better Night's Sleep